Home » My Three Flowers Are Thirsty (and two other poems)

My Three Flowers Are Thirsty (and two other poems)

Original by Sara Shagufta
Translated, from the Urdu, by Arshi Yaseen

My Three Flowers are Thirsty

Falling of the mother’s tears to the ground
Is mere a thing of fun for the folks around
I’ve only seven days left to meet the death
The farewell shouldn’t be something like that!
The motherly hand is going to rest,
The tales would be weaved by my clothing’s thread
Thou don’t wail, as so much depressed is my blood
Thou don’t need to shower petals over my gravestone
As, the departed eyes would continue to live somewhere around

Maniac I wasn’t but they’re
Who stepped into my blood
I wish I could gift thee, wrapping my eyes
The eyes, which have been the most spendthrift
……………..
I had shared out a plenty of smiles
That my lips were bereaved of their own

Three flowers of my garland are left thirsty
Before then I get soften into the mud
Please do justice with me ___
Pardon me for my wrong ways,
I’m like a rope wavering in the well
That could burn to ashes
But couldn’t quench its thirstiness
On thy palms, I wish to put my eyes
And to many, I don’t even want to say goodbye

Someone told!
“Who born out of your wombs,
Because of your forbearance they had died:”
And the generous maid had to be exiled

One more nail is driven into, when the shoes are damaged
So a new journey may be invented

Before the sunrise,
Instantly, the name of neighbourhood is changed
And the baby’s age is engraved on the gravestone

The complainers always
Embraced me half-heartedly

While a human has two births
Then what is the purpose of this
Prolonged evening-interlude?

Remained firm, even when I was severely hurt
But too repressed now under thy command
Hunting me, the solitude
O’ my magnanimous God
I kept praying to you even in the autumn season
But thou sentence the killer to keep slaying the killed one

I couldn’t bring home the unseen wild creeper
Then I engraved on my eyes’ jute-floor
I always would depart my body through the eyes
Then would return to life by the treads. 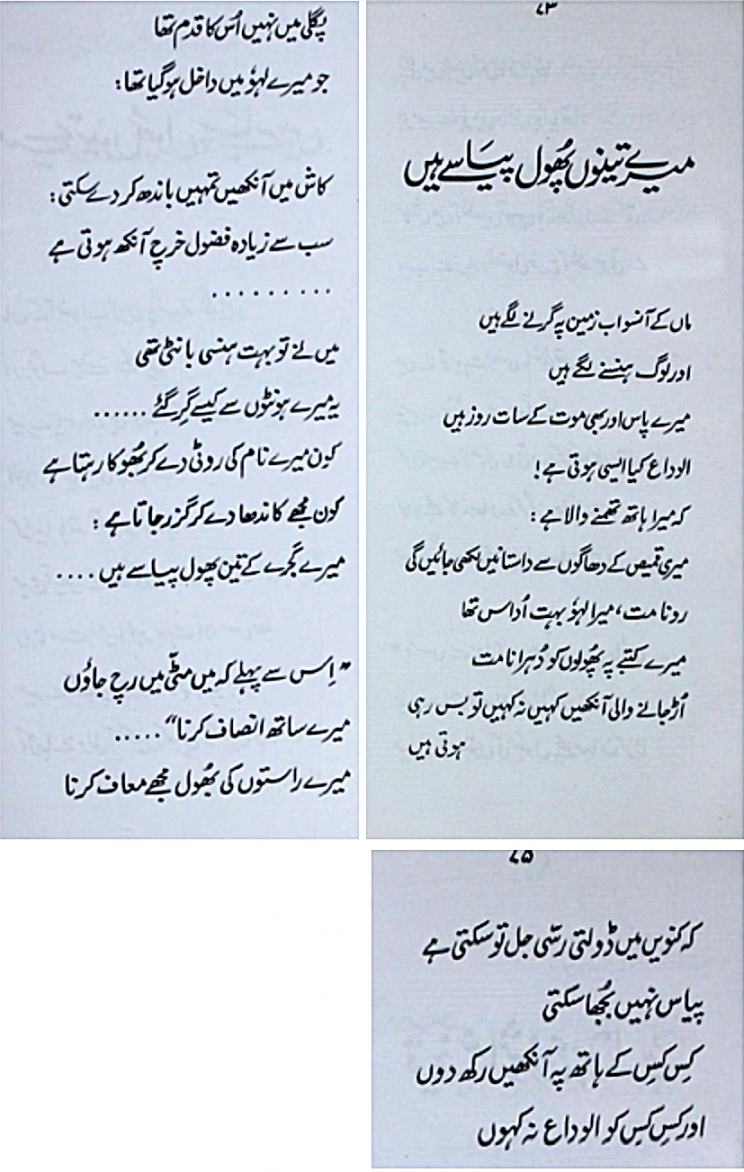 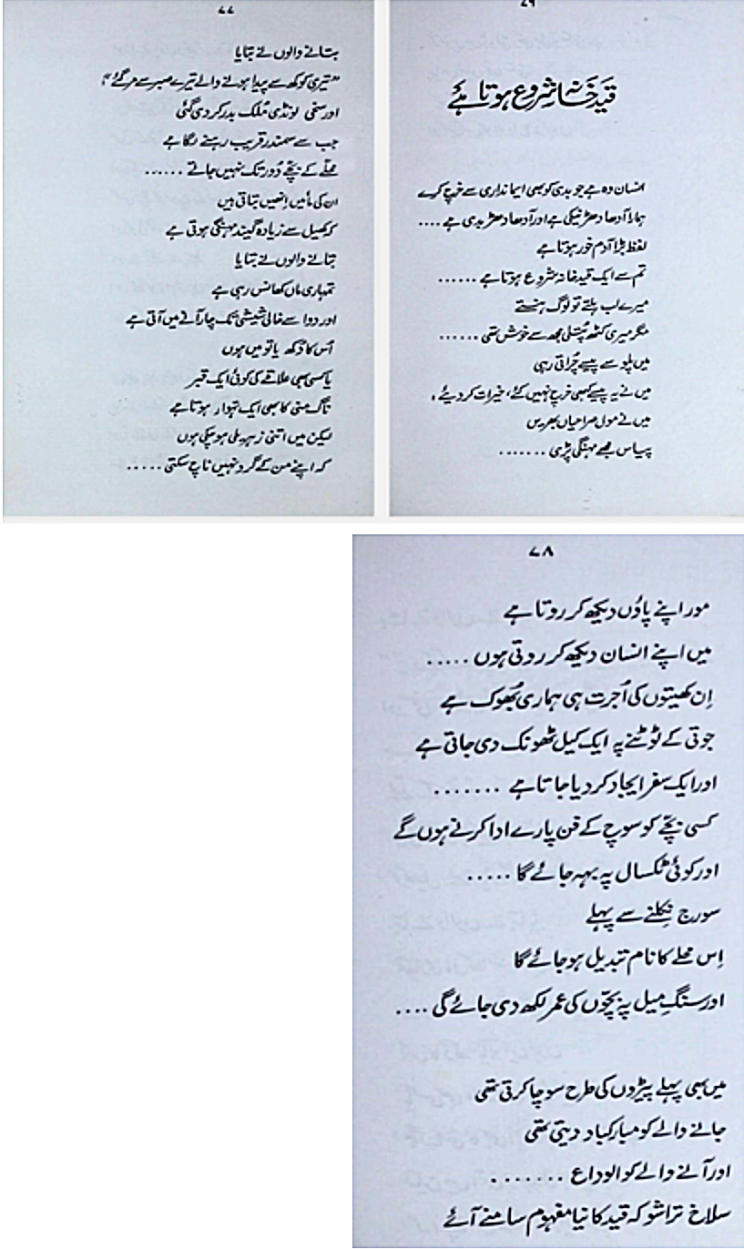 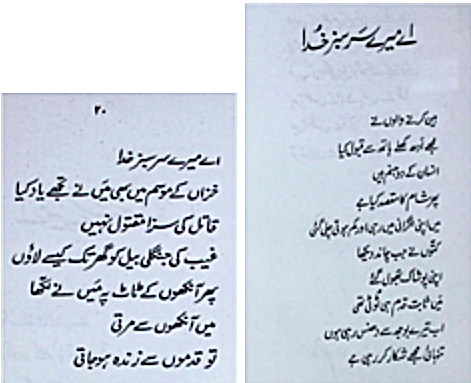 Arshi Yaseen is a graduate in English Literature from Lahore, Pakistan. She loves to translate Urdu poetry into English. Her translations have appeared in Columbia Journal.