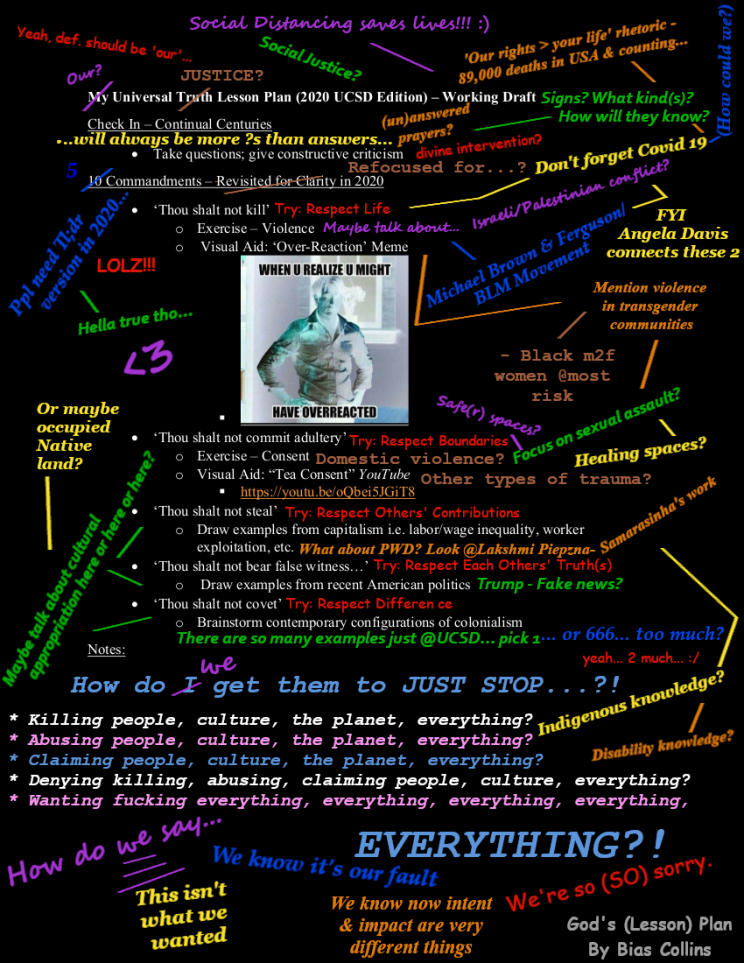 Bias Collins is a queer, neurodivergent, transgender graduate student in the PhD in Literature program, Cultural Studies emphasis. His primary research focus is on analyzing adaptations of fictional dis/abled figures from literary to visual mediums, particularly in the genres of science fiction, horror, & the gothic. He is keenly interested in exploring the hybridity of morality & mortality in figures of the cyborg, zombie, & vampire and their reliance on dis/ability in their dis/configurations of the human body. His wider areas of research interests include Disability, Queer, Feminist, & Film Studies. His creative work has also been published in UCSD’s Queer Authors Anthology (2019).