TIJUANA: Host of the 2044 Olympic Games

Tijuana, B.C.: Juan Pérez is the first Mexican to win a gold medal in the obstacle course. He exclusively tells us, “My main motivation was that they’ve replaced the hurdles with border walls.”

The discussion regarding intellectual rights has risen to such absurd extremes that now Tijuana has been charged with plagiarism. Credit to the authors is demanded or Tijuana will be stripped of its status as a city.

By Edgar Hernández
Translated, from the Spanish, by Pepe Rojo 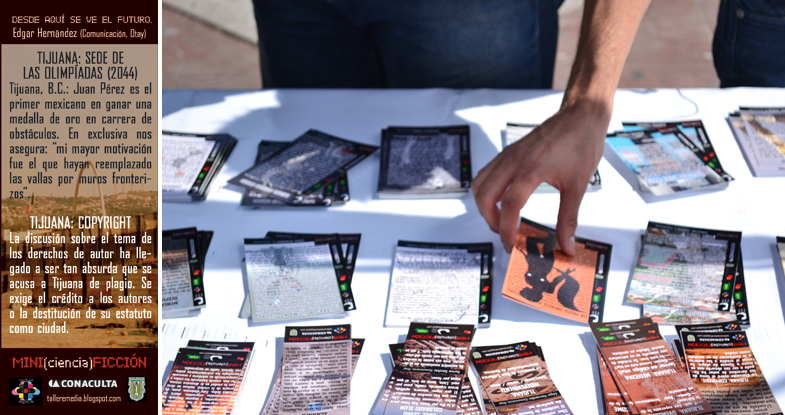 Pepe Rojo (1968) has published five books and more than 200 texts (short stories, essays and articles dealing with fiction, media and contemporary culture). He cofounded Pellejo/Molleja (with Deyanira Torres and Bernardo Fernández), an indie publishing firm, and edited SUB (sub-genre literature), NUMERO X (media culture) and PULPO COMICS (mex-sf comics anthology) for them. He has produced several interactive stories for Alteraction, and published two collections of Minibúks (Mexican SF and Counter-versions) at UABC, as well as the graphic intervention “Philosophical Dictionary of Tijuana.” He is currently an MFA Candidate in Writing at UCSD.

Edgar Hernández is a Communications grad student from UABC, Tijuana.